On October 2nd, people all over Europe will be uniting in one voice to raise awareness of the adverse effects of limb loss. It is estimated that every year 500, 000 limbs are amputated with no concomitant medical coverage or rehabilitation services offered whatsoever. This can lead to poverty and social exclusion for those who lose their limbs. The lack of income combined with increased costs for prostheses, medicine, and long-term care can push people into dire conditions.

Why Was the European Limb Loss Day Established?

European Union politicians will join together on October 2nd to highlight how unacceptable it is that Europeans are suffering after experiencing trauma or illness. Thus European Limb Loss Day was established.

This day has been agreed with the European Parliament. The date was chosen because it was the second world war, where millions lost their limbs in battle and still had no assistance from the European Union in rehabilitation.

The aim is to raise awareness for this social issue and call for governments to offer adequate healthcare services and adequate compensation for people who lose a limb. Governments also call to reverse the alarming trend of increasing amputations due to diabetes and vascular diseases.

They hope that this day will lead to better health and quality of life for millions of Europeans, but the first step is raising awareness amongst the general public.

Several organizations are coming together on this day, including charities, community groups, and professionals, raising awareness via various activities, including exhibitions, games, marches, and competitions.

The day itself has a meaning in history as October 2nd was when EU leaders in 2009 signed a historic agreement on priorities for employment policies in Europe. At the time, it was called the Lisbon Agenda.

The European Union will be asking its member states to make concrete commitments to implement the EU-wide goal of making 20 million persons with disabilities or chronic diseases live independently by 2023.

They also want to help Europeans who lose a limb regain their independence by promoting access to quality rehabilitation services and work opportunities and health promotion and disease prevention within public health and social care systems. The aim is for Europe to become ‘the best place in the world for people who want to be active and healthy.’

Following this recent call, The UN has declared October 2nd as the International Day of Action on Limb Loss due to Diabetes (IDALD). It aims to increase awareness of the limb loss epidemic affecting the world and call for a united front against diabetes.

This day has also been supported by the International Diabetes Federation (IDF) and its European Region, World Diabetes Foundation. These organizations, along with D-Day for Diabetes, not only support the day emotionally but financially as well.

October 2nd will mark an important milestone in the lives of millions of amputees suffering from amputation or amputation-related diseases, as this will be an opportunity for them to be heard.

This day could begin a path towards better healthcare services and increased safety standards worldwide. It will help to raise awareness and increase the chances of more limbs being saved, which would, in turn, improve the quality of life for those who are missing their limbs and greatly improve the lives of their family and friends. 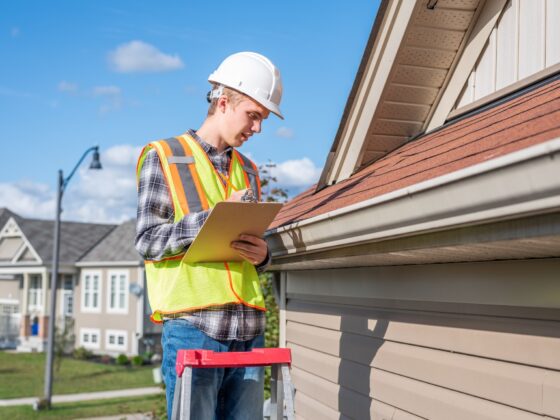 6 Solid Reasons Why a Roof Inspection is Necessary

3 Ways the Digital Revolution Is Affecting the Gambling Industry